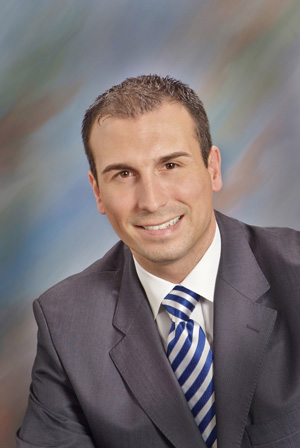 Dr. Kraai is a graduate of the top ranked physical therapy school in the nation, the University of Southern California, has been recognized both locally and nationally for his contributions to the profession of physical therapy. While earning his doctorate, Aaron Kraai held the national position of Vice President of the American Physical Therapy Association’s Student Assembly, working side by side with legislators in Washington, D.C. to assure that physical therapy services would be available to all persons on Medicare without restrictions. Also while at USC, he rose to leadership by becoming the class president, and brought in national leaders to give lectures on different aspects of private practice, orthopedic care, and leadership within the profession.

He completed his orthopedic residencies under nationally ranked orthopedic surgeons and was chosen for the top two orthopedic physical therapy residencies USC offers. During his extensive education, he has been privileged to work with a very diverse group of patients including elite athletes, longshoremen, and the elderly population with a focus on fall prevention. He was recognized by receiving the two top awards for both his leadership and contribution to the profession prior to graduating from the University of Southern California.

Prior to obtaining his doctorate, Dr. Kraai attended the University of Wisconsin-Lacrosse, accelerating in academics. He received both honors and degrees in Biomedical Science, Molecular Biology, and Cellular Biology with a minor in Chemistry. Prior to graduating from the University of Wisconsin-Lacrosse, he focused his studies on the P53 gene, a major component of the cancer cascade.

After receiving the highest degree granted to physical therapists, he returned to the Midwest with his family accepting full time employment at Edward Hospital in Naperville. While at Edward Hospital, he quickly established a very strong clinical reputation with many of the orthopedic surgeons, even being asked to attend surgical procedures to assist in the complete understanding and education of a patient’s experience. With his higher level of education and experience, he soon became one of the most respected orthopedic manual therapists at Edward Hospital and was producing 3-4 times the national average results in one third of the time. His evidence-based approach, extensive training, and vision in which the patient receives one-on-one care from only a physical therapist has made him a leader in his field.

Being a staunch supporter for academics and strong education, Dr. Kraai also was an adjunct professor at Benedictine University where he used his extensive education, passion for academics, and comprehensive clinical skills to teach Human Biomechanics.

With his will and drive, along with his extensive education, clinical experience and passion to make people feel better, Dr. Kraai has established himself among the leaders in physical therapy.