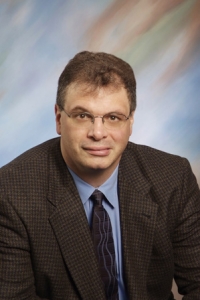 In October of 1992 he joined the staff of a local Kenosha physical therapy company where he spent the next 13 years building and earning an unequivocal reputation as a leading therapist. His focus was and remains excellent outcomes for his patients, while earning the respect of physicians and orthopedic specialists through southeastern Wisconsin.

In 1997, he completed his Manual Therapy Certification (MTC) at the University of St. Augustine in Florida. He returned to St. Augustine to earn his transitional Doctor of Physical Therapy in 2005. Dr. Graziano partnered with Rehab Management Solutions in 2008 to open Miracle Physical Therapy and Rehab Specialists in Oak Creek, WI. Miracle quickly became recognized as a Center for Excellence and a destination in SE Wisconsin for all injuries and ailments related to the spine and extremities.

Always continuing to grow through education, Dr. Graziano became a Board Certified Orthopedic Specialist (OCS) in 2009.

In 2012 Dr. Graziano received one of the highest and most respected accreditations in the field of physical therapy, becoming a Fellow. With completion of his Fellowship training, he became one of only 700 Fellows in the entire profession of physical therapy. Along with his orthopedic certification (OCS) and his Fellowship accreditation, Dr. Graziano is 1 of only 400 therapists to have dual certifications.

Dr. Graziano has been awarded the Chicagoland Clinical Educator of the Year 2005 as well as Honorable mention, Physical Therapist of the Year in the State of Wisconsin in 2006.

Dr. Graziano’s case report “Positive Cervical Artery Testing in a Patient with Chronic Whiplash Syndrome: Clinical Decision-Making in the Presence of Diagnostic Uncertainty” was published in the Journal of Manual and Manipulative Physical Therapy in 2007.